Built according to Türk Loydu military ship classification rules, class certificate of TCG Anadolu was delivered at a ceremony held at Sedef Shipyard. 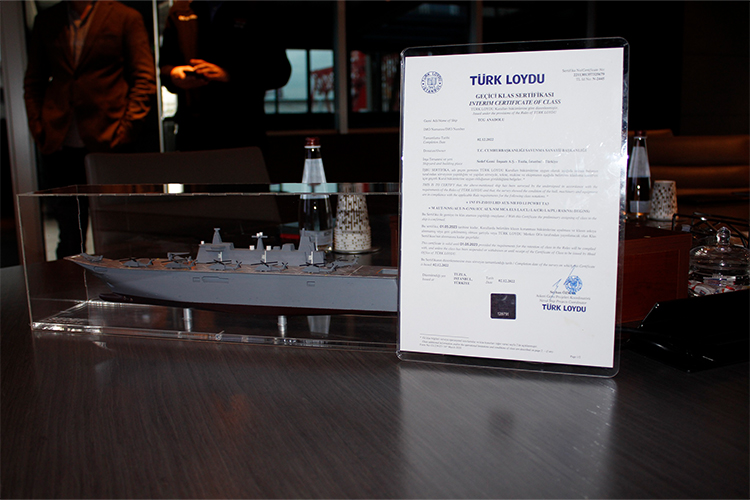 Ordered by the Presidency of the Republic of Türkiye Defence Industry Agency (DIA) and built by Sedef Shipyard under the supervision of Türk Loydu, the class certificate of TCG Anadolu was delivered at a ceremony held at Sedef Shipyard headquarters.

Cem Melikoğlu, Chairman of the Board of Türk Loydu Foundation, made a speech at the delivery ceremony of the interim class certificate of TCG Anadolu, the construction and classification of which began with the contract signed in 2015, held at Sedef Shipyard headquarters on December 20, 2022. 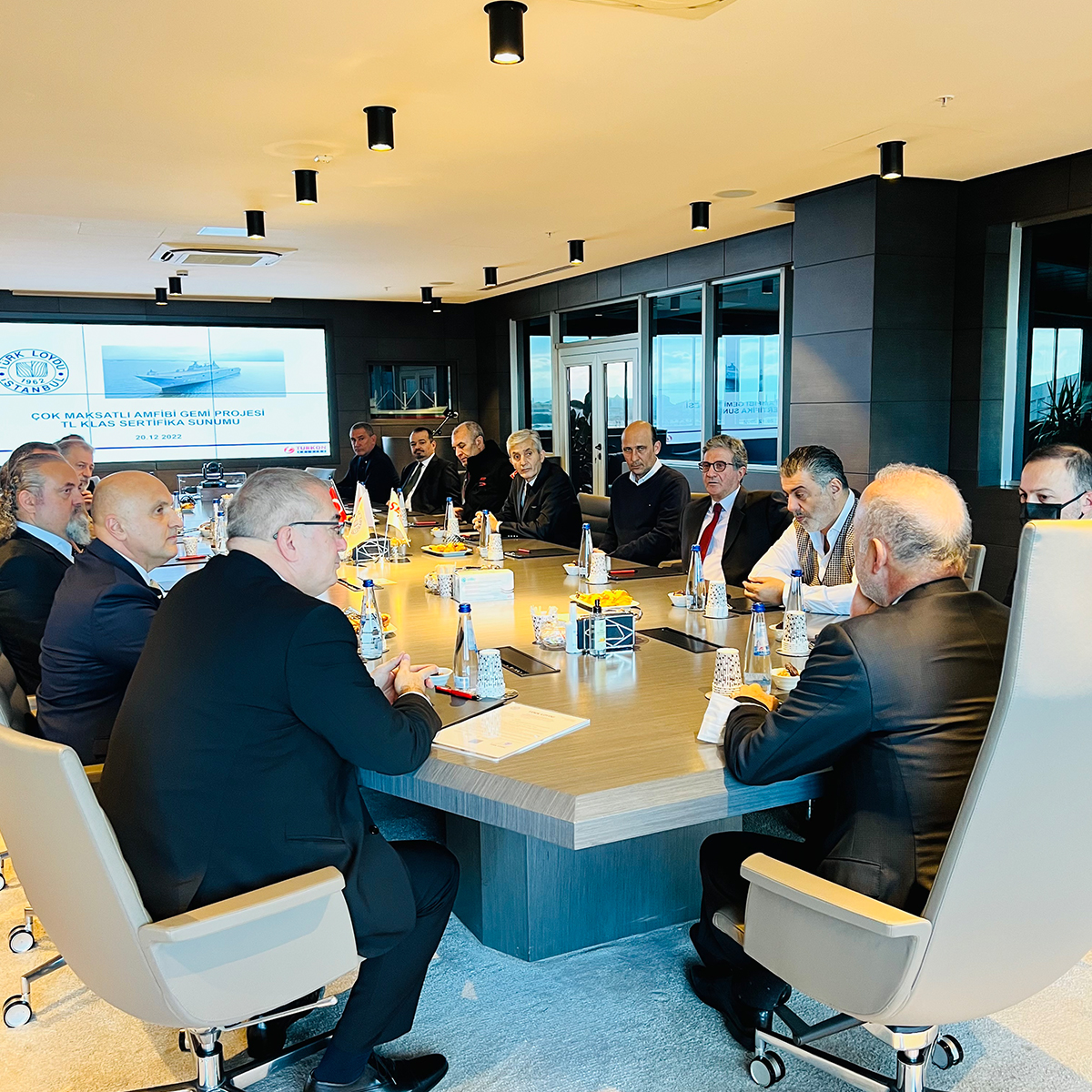 Sedef Shipyard’s Chief Executive Officer Metin Kalkavan said that in this challenging project, which is a first in her class, successful work was produced thanks to the cooperation of Türk Loydu’s expert staff and administrators, and that the dedication and hard work put forth in the project carried Türk Loydu and Sedef Shipyard further and opened the horizon for new projects.

TCG Anadolu, the multi-purpose amphibious assault ship with 27,436 loaded displacement tonnages and 231 meters length, will able to carry 8 fully equipped helicopters and can transport a battalion of full-fledged soldiers to desired location. It is expected that the ship, which suitable for intercontinental missions, will actively continue duties in Aegean, Mediterranean and Black seas.

TCG Anadolu with 12 degree slope, will facilitate the take-off of warplanes from its top deck and will facilitate the use of aircraft other than helicopters. Many domestically produced systems will be used in TCG Anadolu, which will be the largest ship of the Turkish Navy in terms of tonnage and size. 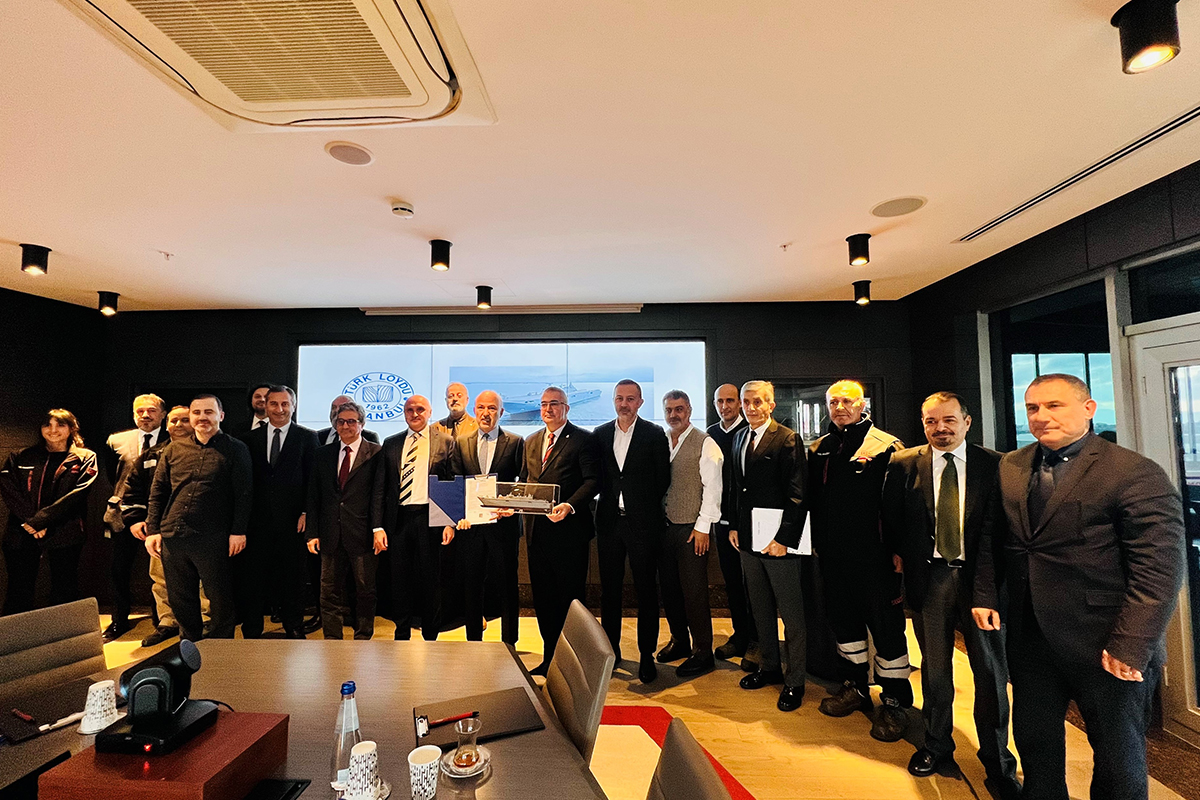 A version pf the ATAK-2 project for naval platforms is being worked on as air power, but expected that 10 AH-1W attack helicopters transferred from Land Forces to Naval Forces will deployed on the ship until the project is completed. Also Baykar is developing a vertical take-off and conventional take-off UCAV’s and UAV’s for TCG Anadolu, and it has recently been announced that it will be ready within a year.

The ship, which will be used as a multi-purpose amphibious assault ship, has the capacity to carry 1,400 people. She will be able to an amphibious battalion without the need for communication, combat and support vehicles land desired location. TCG Anadolu, which apart from her 700-person amphibious force, can to host eight sea landing craft, has a military hospital with a capacity of at least thirty beds, including an operating room, dental treatment units, intensive care and infection rooms. 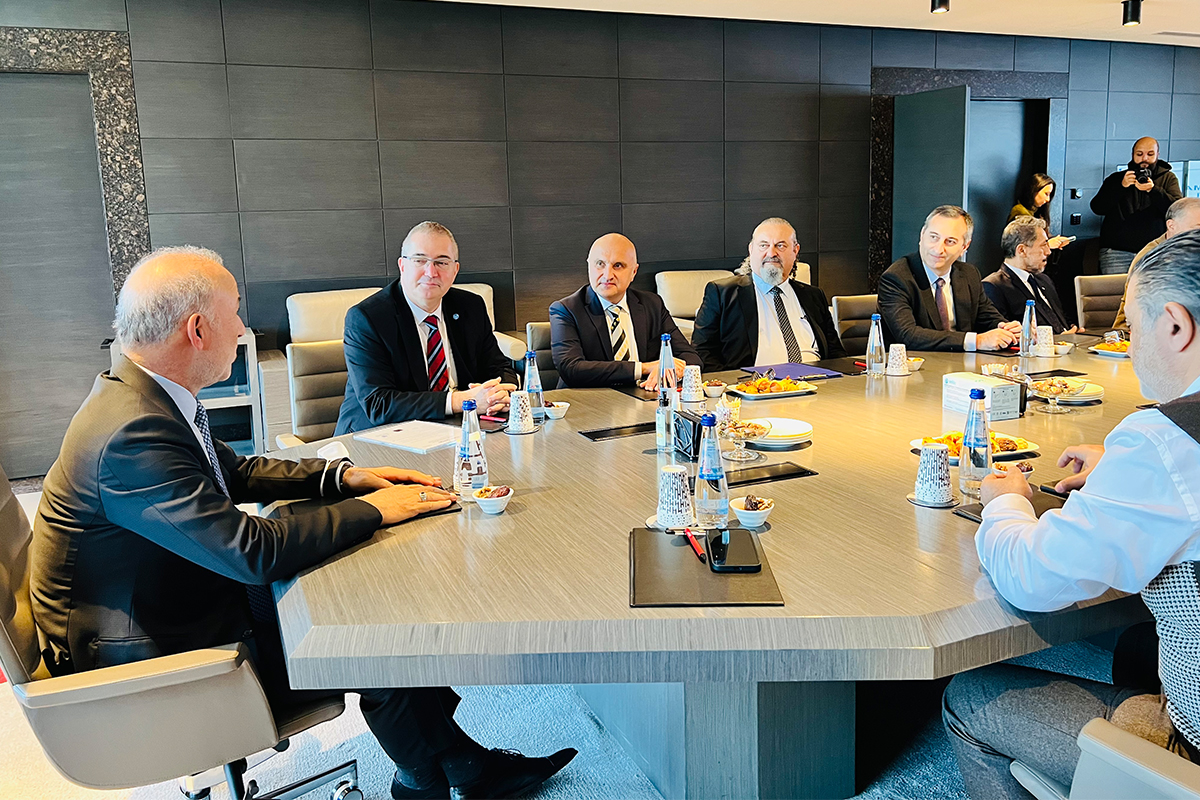 Zarania gets her new owner