Major Turkish owner is said to be extending its bulker newbuilding orderbook with ultramaxes in China. 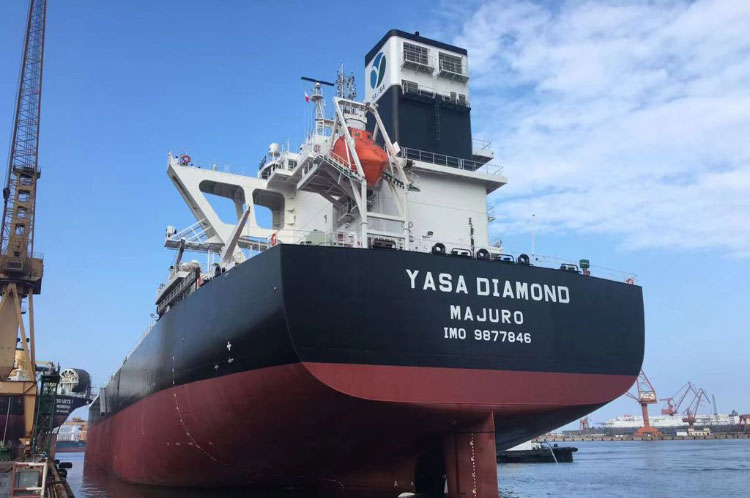 Yasa Shipping, a company with 28 bulkers on the water and several others under construction, stands to expand its fleet with another string of newbuildings.

According to shipbuilding sources in Asia and brokers in Athens, Yasa is ordering four 63,600-dwt ultramaxes at Cosco Heavy Industry Zhoushan Shipyard, due for delivery in the first half of 2025, at $31m each.

Managers at the Istanbul-based company did not respond to a request for comment on the newbuildings.

Officials at Cosco Zhoushan were not available for comment.

Shipbuilding sources, however, confirmed Yasa’s deal at the Chinese yard.

According to the sources, Yasa’s contract is Cosco Zhoushan’s first bulker deal since the end of 2021, when Chinese leasing company Bank of Communications Financial Leasing booked eight ultramax bulkers there for $256m.

In the meantime, the shipyard signed a pair of shuttle tankers from Knutsen NYK Offshore Tankers (KNOT).

The reason behind this dearth of activity is that Cosco Zhoushan is more of a repair and conversion yard than a shipbuilder.

Yasa has been very active in bulker newbuildings in recent years.

Yasa Holding was founded in 1999 by chairman Yalçın Sabancı — a shareholder in Sabancı Holding, which is one of the largest conglomerates in Turkey.

According to the Yasa Holding website, Yalçın Sabancı was running the Sabanci group’s textile activities for 39 years before he established his own private investment interests around Yasa Holding, which has since been active in other sectors alongside shipping, such as construction, tourism, textiles and metallurgy.

The company is also active in tankers, managing a fleet of 13 ships — one VLCC, one suezmax, three aframaxes and eight MRs.

Two Athens-based brokers said earlier this week that Yasa concluded a private and confidential deal flying under the radar to offload its sole VLCC, the 318,300-dwt Yasa Southern Cross (built 2012).

Company managers, however, have contacted TradeWinds to deny this, saying the vessel is still under the company’s management.

Sale talk was underpinned by the calculation that its divestment would likely have been highly profitable for the company.

Yasa acquired the vessel for just about $44m in March 2021, when it was known as Qi Lian San and was sold as part of the liquidation of the former Xihe Holdings fleet.

The vessel’s value surged towards the end of last year amid a craze for tanker tonnage following Russia’s invasion of Ukraine.

According to the Signal Ocean platform, the Chinese-built ship gained in value from $47m in September 2021 to $57.7m as of 6 January.

MSI Horizon puts the ship’s estimated average value in the current quarter at between $53.8m and $63.9m.

VesselsValue even estimates it is currently worth $70.15m.

“At the end of 2022, we saw values increase substantially … due to the Russian sanctions, crude oil price caps caused big shifts to supply and demand, resulting in rocketing VLCC rates,” VesselsValue said.

Apart from the general surge in tanker values, the Yasa Southern Cross has some special characteristics that would make it an attractive acquisition target.

First, it has a scrubber installed, which boosts its operating profit in times of high bunker prices.

Second, Yasa sent the VLCC to pass its special survey in March 2022, which means that any new owners would not have to incur that expense for four more years.