The keel laying and steel cutting ceremonies of the two new ferries built for CMAL were held at Cemre Shipyard on January 12. 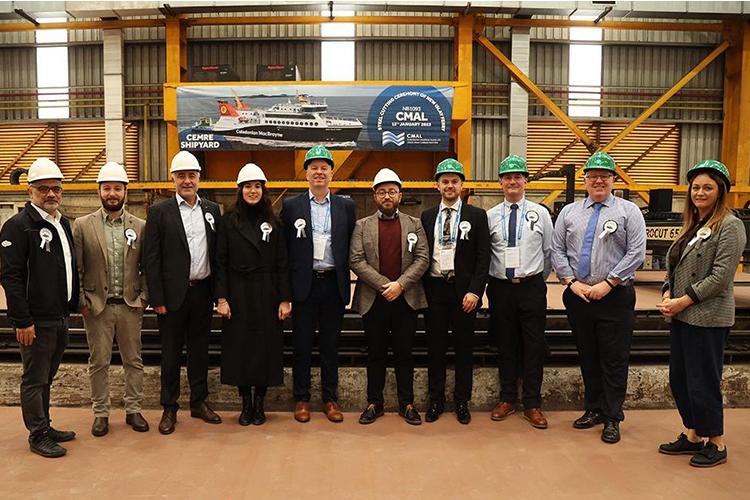 The first ferry in the production timeline has had its keel laid, while steel-cutting for the second vessel has also begun – three weeks earlier than planned. The ceremony started with the speeches of CMAL’s CEO Kevin Hobbs and Cemre Shipyard’s Project Manager Recep Portakal.

The new 94.8-meter vehicle/passenger ferries, designed by NaValue, will each have a capacity for up to 450 passengers and 100 cars or 14 commercial vehicles, providing a combined 40% increase in vehicle and freight capacity on the Islay routes [in Scotland] and improving the overall resilience of the wider fleet. 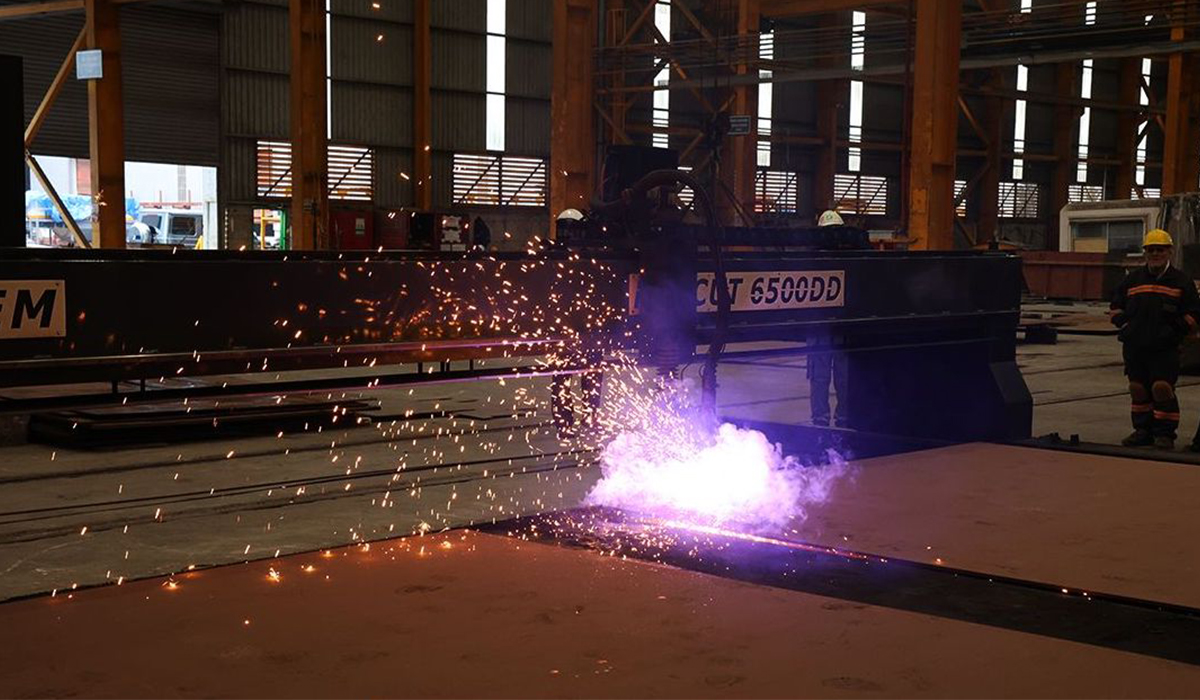 The first vessel is expected to be delivered by October 2024 and will enter service following sea trials and crew familiarisation. The second will follow in early 2025.

The £91 million contract to build the two ferries was awarded by CMAL to Cemre Shipyard in March 2022 following a competitive tender. 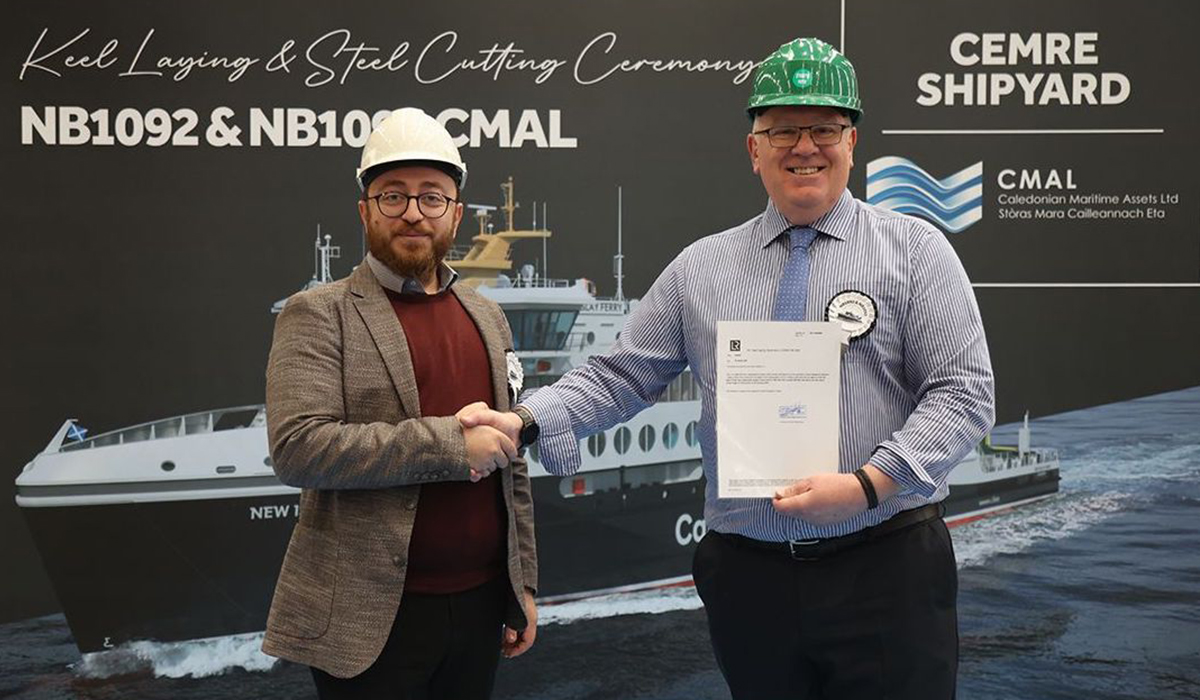 “This is a very welcome milestone for this vital project, which brings us another step closer to adding new ferries to the fleet serving the Clyde and Hebrides. The Islay ferry routes are some of the busiest services for freight on the west coast and the new vessels will help to grow the island’s economy, as well as bring added resilience to the wider network. The Scottish Government is committed to commissioning new ferries to support our island communities, and it’s encouraging to see progress on bringing these vessels into service on time and budget.” 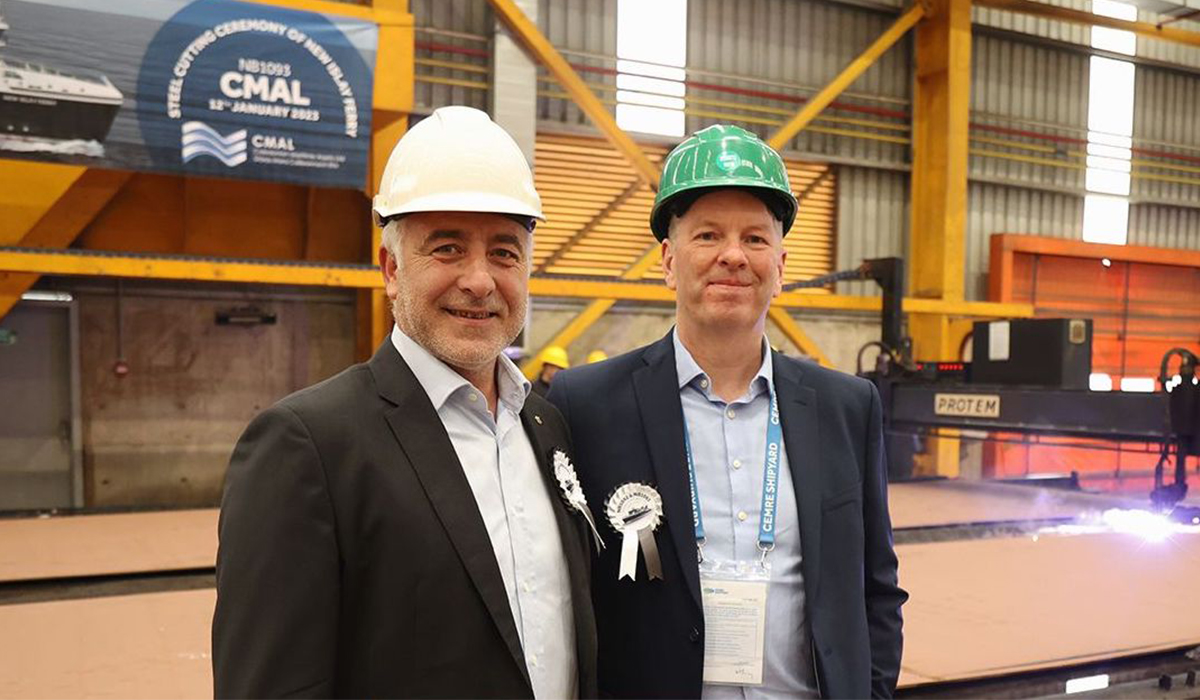 Jim Anderson, director of vessels at CMAL, added, “The Cemre yard is delivering what it said it would, reaching two important milestones within the agreed timeline. Keel laying is a significant milestone in the ship’s life, marking the start of the construction of the vessel, fitting the first of many units to be fabricated and erected during construction. And the fact that we are getting underway with the second ferry means the shipyard’s pipeline approach is working well, following many hours of intensive design and development.” 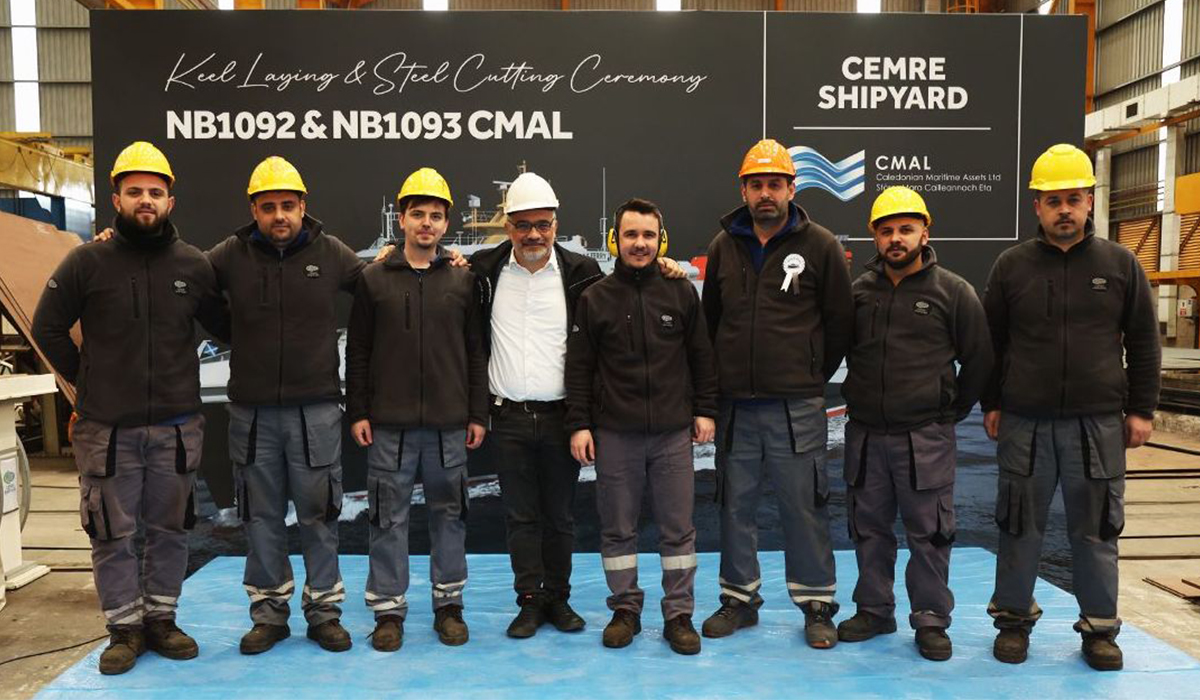 Sanmar continues sponsorship of the TRF